Expand your industry knowledge with these resources! 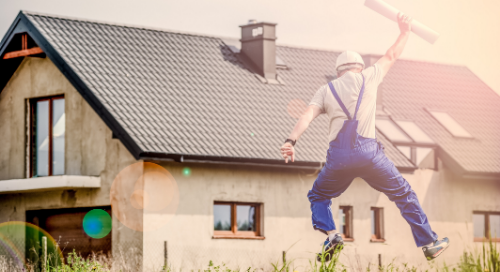 At our company’s kickoff meeting, I provided an analogy I first heard given by Tony Robbins.  I am a big fan of Mr. Robbins.  His messages are applicable to almost anyone but I find them especially applicable in business.  In one particular presentation, Mr. Robbins was explaining how his golf game was in the doldrums as he sliced the ball with each swing.  His instructor explained that that this was the result of the club head striking the ball millimeters off center.  In other words, the resulting shot that left his ball 50 yards to the right of its intended target started just millimeters off center from the club.

How an FBI Project failed

It is indeed a wonderful analogy for project execution.  Often times when projects fail (defined as over budget and / or late / or not meeting original objectives) it is a result of poor planning.  One of the largest IT project failures in history occurred in the early 2000’s when the FBI contracted to automate its case management and forms processing by upgrading its Automated Case support System which quickly morphed into an entirely new system called the Virtual Case File (VCS).  Because of the rollout schedule (just 22 months) and the rollout plan (a “flash cutover”), the project team sped through requirements.  By late 2002, the FBI needed $123MM+ (on top of the $380MM already approved) to complete the project.  A subsequent audit to the project later determined that a significant error in the project was the poorly defined requirements resulting from an overly ambitious schedule.

Every software implementation team member knows that documented requirements are critical to successful projects.  But planning is not just documenting requirements.  It is the foundational element of change management.  It involves getting on the same page with all stakeholders regarding expected outcomes.  It involves negotiation of timelines to meet all parties’ expectations of success. It involves gaining absolute clarity on why the project is important, what the success criteria are for the project, and how that success will be measured.  Prior planning prevents poor performance - the outcome of which is a solid requirements document.

It is easy to forego these steps since they are often referred to as “soft steps” in a project plan.  However, the construction software implementation process is about precision and the steps in which one undertakes to manufacture a successful outcome, much like a golfer, cannot be merely skipped in the interest of crunching a schedule.  In would be catastrophic for a professional golfer to simply skip the practice range for the week leading up to the Master’s, as such practice is a key part of planning.  Likewise, project stakeholders must get behind these core planning steps of a project to ensure future success.